Every Wednesday - 11am CET

Every Wednesday - 11am CET

What is China Connect Restart Live ?

"What’s Next After China Golden Decade?” was China Connect Paris 10th edition theme, initially scheduled March 4-5. We knew the road would be bumpy. The word is weak. It’s been more than two months that the Coronavirus has hit China- and now puts the World upside down
In 2020 Asia Pacific becomes the N°1 worldwide economic region. The crisis we go through can’t highlight more the weight of the Chinese Consumer and the dependence of the global economy on China

Retail, Travel, Culture, Entertainment, Automotive,...are just among the strategic sectors which have been hugely impacted by the CoronaVirus. In parallel, Edtech, Healthtech, eCommerce, online content and media, were among the beneficiary industries of a huge consumer and enterprise shift online, while hundreds of millions of people are progressively resuming work, after more than 2 months at home. China starts to bounce back.

To stay true to our mission, we move online with China Connect Restart Live, your new weekly live-streamed series, aiming to support you in the deciphering of “Post Covid-19 China” in the fields of marketing, media, advertising and technology
On Wednesdays, starting April 8, during 45mn, at 11am Paris/5pm Shanghaï, China based experts and myself, will present and discuss what challenges marketers are facing, and how they already prepare for "Tomorrow's World"

We’re excited to re-connect online! Save the dates and slots, and stay tuned for the topics and speakers announcement. Until then (and likely beyond...), take care, and let's #StayHome!
Kind regards,

Why You Should Register

BEST QUOTES OF MAY

Ajay JILKA, Business Director Asia, CULTURE GROUP
"We found out there was the emergence of new cultural heroes and sporting heroes, which were gamers"

XinYi LIM, Senior Director, Corporate Development, PINDUODUO
"Ecommerce in China is obviously very developed. But then across different categories the penetration is different. People still want to go to the local store to pick and choose a different kind of fruit. If we have live streaming, that's a way to encourage people to try something they may not have tried in the past."

Damon YEOH, General Manager China, Laboratoires FILORGA
“Data has been something that everybody has been talking about. But now is the time you really need to make a more meticulous use of it, during tough times and with limited investments”.

Melody LI, Director, Corporate Partnerships SPORTFIVE (ex-Lagardere Sports)
“I would say from a female fan perspective, they are more expressive than male. Brands in maybe luxury and cosmetics could really try to look into that and leverage that the female consumption power is huge. And they're not afraid to express their love for their idols”.

Jérôme BACHASSON, Managing Director Greater China, HUGO BOSS
"What we see overall in China at the moment from a retail point of view, we see less traffic but much higher conversion"

Peter WARMAN, CEO & Co-founder, NEWZOO
The business of Esports is still relatively small, but the engagement that Esports has (close to half a billion people already watching professional gaming) is enormous (…) My personal opinion is that the next phase is to get people to be lifetime gamer.

Yizan HE , Founder and Managing Partner, Alfilo Brands
(…) We need to pay a lot of attention on the content. How much creative activities, how much fun, how much entertaining we can make the live streaming. It is not just how much, how many people want to buy… it’s about the story to generate a certain level of emotional connection before they purchase. I think that is the key”.

Phil CAO, Franchise Operations Director, China West Region, Coca-Cola
We believe live streaming is not only a sales channel? but a new approach to connect our consumers, customers and our employees.

Jérôme BACHASSON, Managing Director Greater China, HUGO BOSS
“If you want to catch up on Q1 which very likely has been difficult, you will have to leverage and best use all the festival that you can, but all festivals are not equal”

Damon YEOH, General Manager China, Laboratoires FILORGA
“It is really essential that as much as you can, try to retain the traffic that you have gained from all these festivals, and to actually make them repurchase. The social commerce is not only just to buy or to recruit new members. It's also very much to keep them engaged, to keep the retention were loyalty is low”.

Ajay JILKA, Business Director Asia, CULTURE GROUP
“My perspective of where the future lies with Esports not just as a competitive world, but also a lifestyle element which can draw more audiences around”.

Joy TANG, Founder & CEO Markable.AI
“Shopping "Festivals" was very effective, but now over played in China and actually made consumers relying on discounts which is bad for brands. We (at Markable) care about the micro emotional shopping impulses”

XinYi LIM, Senior Director, Corporate Development, PINDUODUO
“A lot of people are not feeling too excited about traveling around right now. But I think one thing that live streaming has, is the power to bring the cultural experience to somebody”. 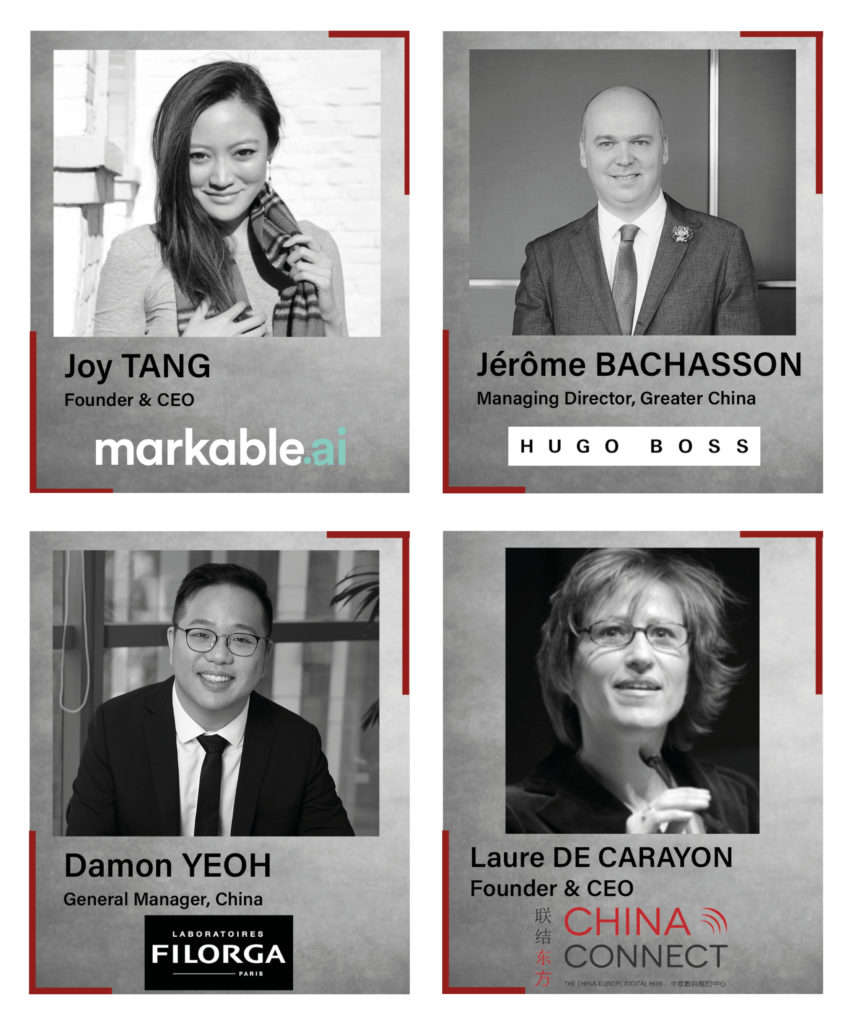 “Is Covid-19 a game changer for live-streaming commerce?” 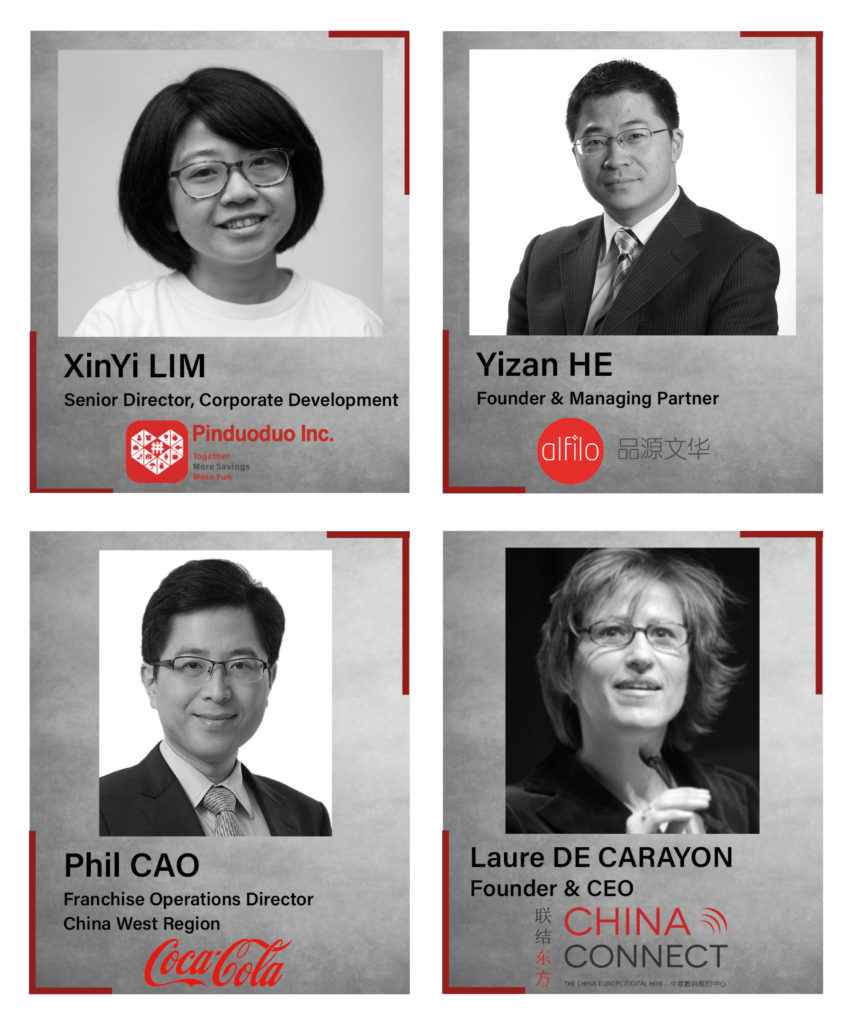 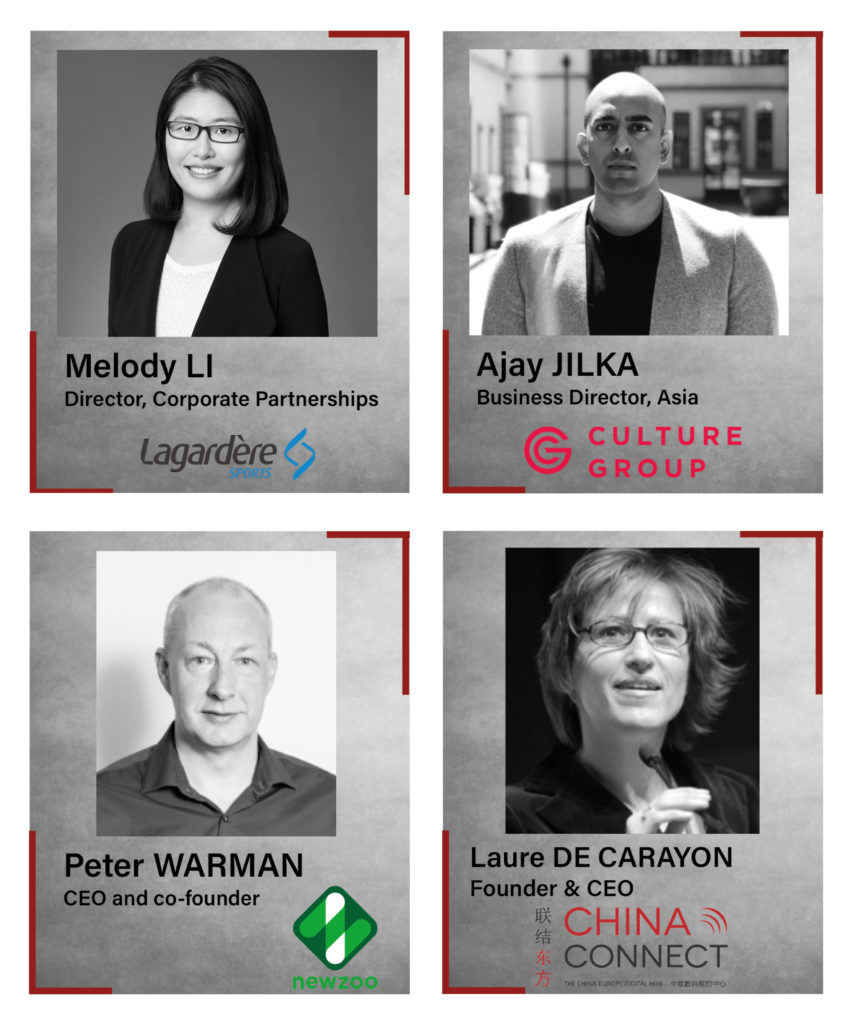 Robin Trebbe - Managing Director China & APAC, INTERPSORT
"In China, during the lockdown, TV consumption increased from 1.5 to7 hours per day, and social consumption increased from roughly 2 hours to 5 hours per day.
Tini Sevak - VP Audiences & Data, CNN International Commercial
It's a time to be human and show empathy. Put yourself in the foot of your consumers and what they're going through. And lastly, be a source of truth and positive impact.
Sharmin Photographer - Head of Asia, SUUNTO (Amer Sports)  "It’s no longer a convenience to buy online, it has become a necessity; this necessity is going to become a behavioral pattern."
Martin Shen - President TENCENT TRUSTED DOCTORS"I think there are three things that are going to drive the trends in healthcare: Universal health care, new models of healthcare and private insurance"
Thomas Piachaud - Director Brand&Marketing Consulting KANTAR"During the quarantine period we've moved a whole new demographic of consumers who wouldn't otherwise engaged with this online channel"
Xavier Veyry - CEO AXA China"In 10 years healthcare went from inexistent to a trendy wellness support and finally to a critical tool"

Sébastien Gaudin - Co-Founder & CEO The Care Voice
"In terms of future trend, one is around tailored healths plans for specific population, How can an insurance product approach similarly  (…) people who have different well-being, medical needs, medical risks. The ability  to design an insurance product that understand it and is relevant to this population is the most priveling trend across market".

Matthew Nolan - Strategy Partner, MINDSHARE"I think that what we're going to be thinking about more and more now, is how do we diversify the role of live-stream across the consumer funnel"

Sharmin Photographer - Head of Asia, SUUNTO
"A platform like lazada (…) is now inviting SMEs to come and sell online encouraging them to come into the forefront where consumers can have their products without charging. And in the online business the platform is pretty expensive. I think that this is groundbreaking when online and offline meet for the common good of a consumer"

Xavier Veyry - CEO AXA China
"Private healthcare expenditure by this upper middle class will grow at a rate which is estimated to be more than 11% annually over the next two decades. It gives the importance of the healthcare to Chinese family, the rapidly aging population and challenges facing the public healthcare system"
Tini Sevak - VP Audiences & Data, CNN International Commercial
"If  we look at 2019, it was a year around sustainability and everything. And I think now 2020 is going to be defined by responsibility".

Cheuk Chiang - CEO Greater North, DENTSU AEGIS NETWORK APAC
"(...) The use of machine learning. I think that's potentially where the next big opportunity is for us. So we're now at a very interesting time the creation of so much data".

Thomas Piachaud - Director Brand&Marketing Consulting KANTAR
"When you look at the comparison between healthcare professionals level of trust versus social media influences. We see the social media influencers are actually more trusted than doctors. This is a huge interesting data point. I don't know exactly what it means about doctor but what it means about media influences is that it can be an excellent channel to tap into disseminate information and knowledge to the market and provide that level of reassurance"

Jiapeng Song, Senior Experience Designer, AKQA
"Actually we have been seeing a lot of brands being extremely innovative during this Crisis. They are using existing ressources as a temporary solution with no doubt. A lot of these temporary solutions have actually set the new standard for the market"

Tini Sevak - VP Audiences & Data, CNN International Commercial
"You know, this is not a time to retrench, this is the time to retain that mental availability of its brand in these times, and especially when physical availability might not always be there"

04.29 - "Experiential Marketing Beyond the Pandemic"

" Experiential Marketing Beyond the Pandemic "
胜于大流行病的体验式营销 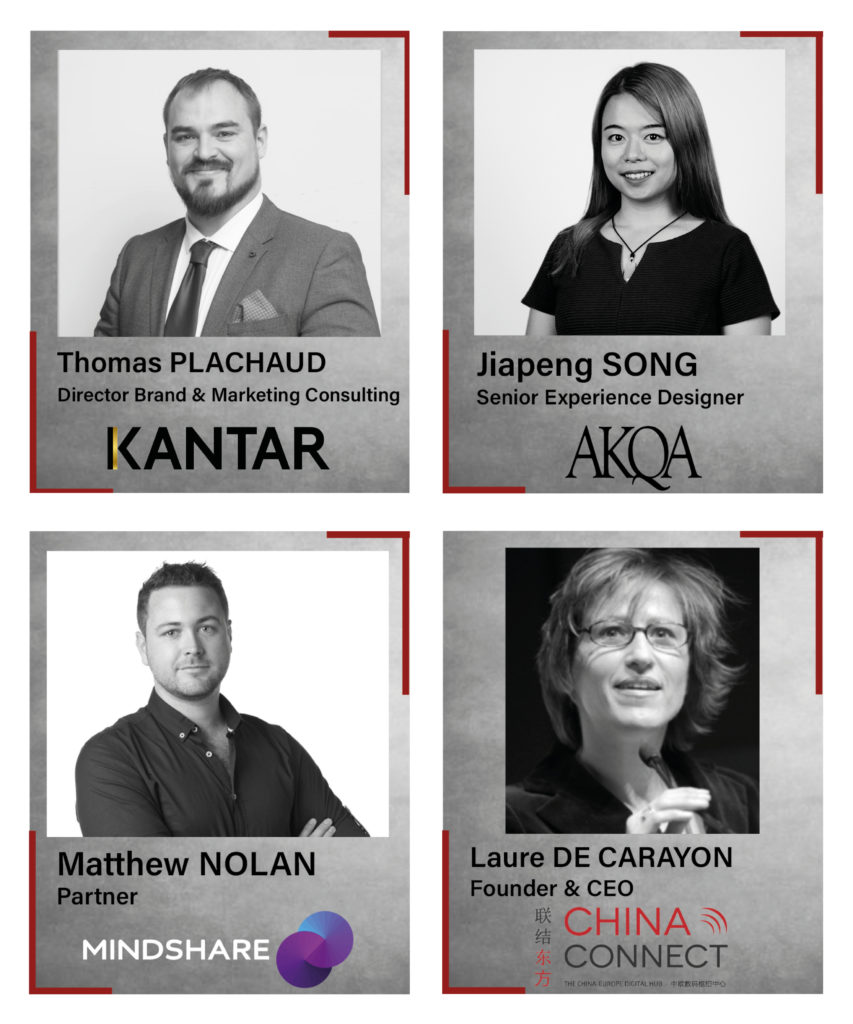 04.22 - "From Infection to Inflection : Navigating the New Normal"

" From Infection to Inflection : Navigating the New Normal "
从感染到改变：引领新常态 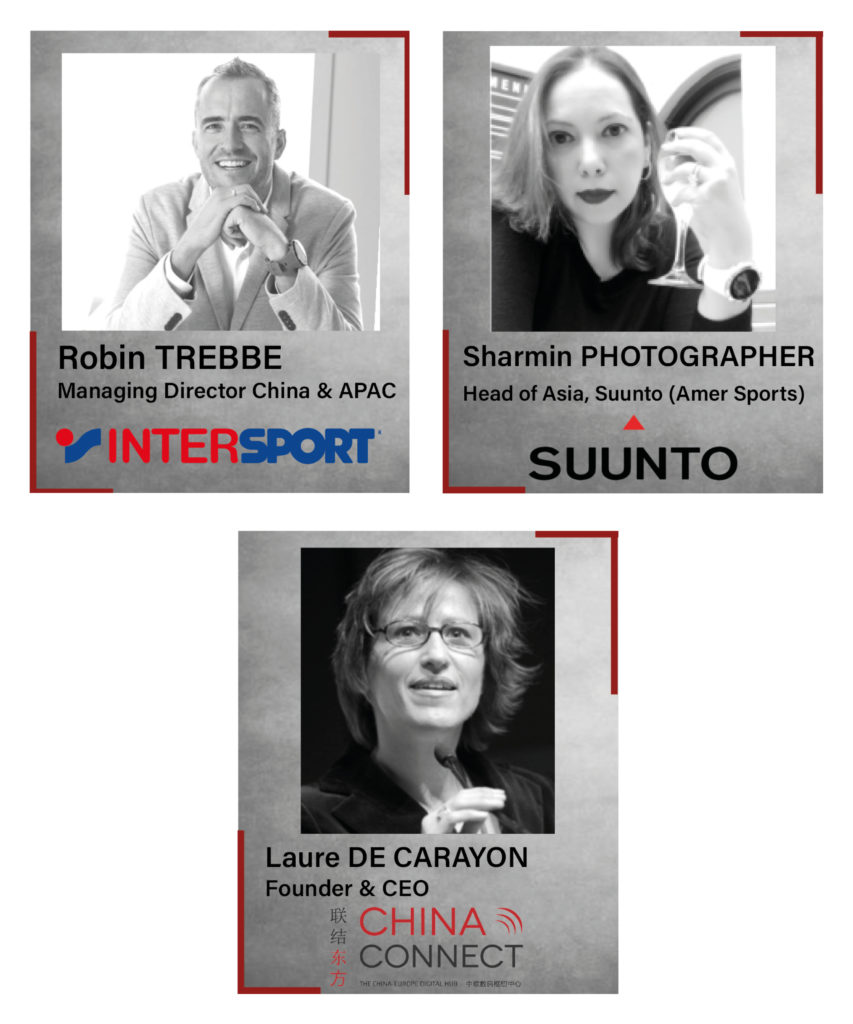 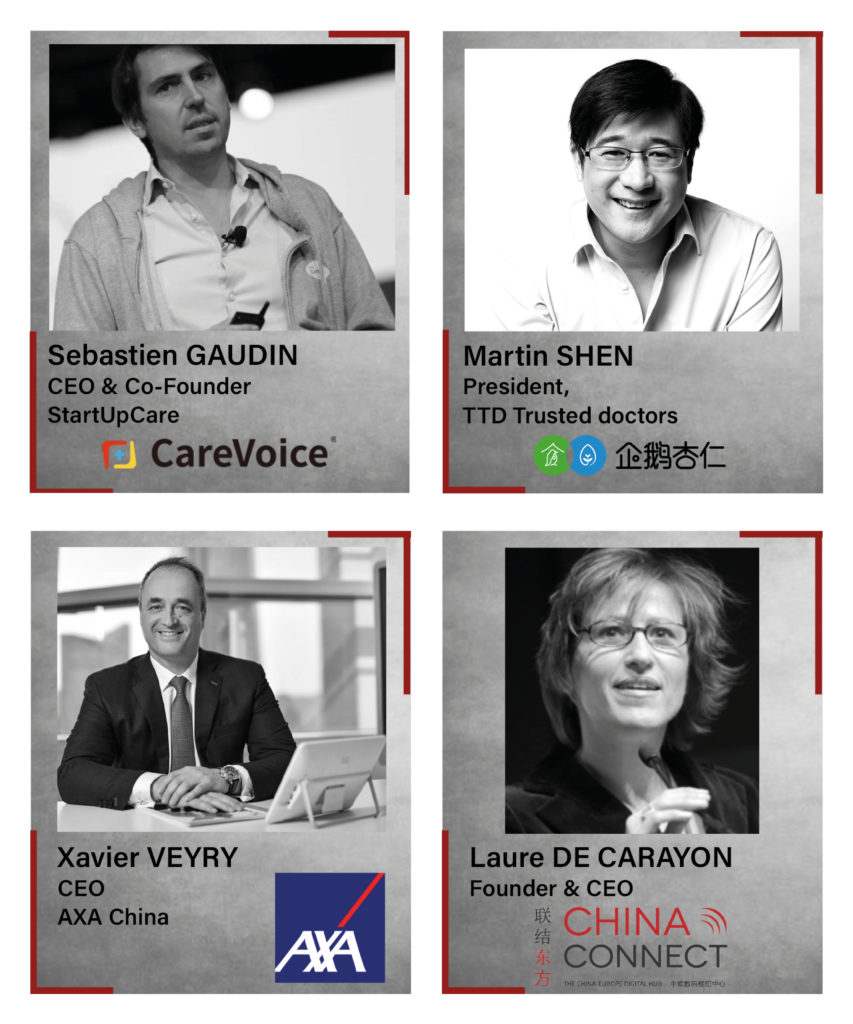