Flash back on the 8 week ReStart Live Series

“ Gaming earns a lot of money but gaming has been successful because it chases engagement and it has innovated itself to then monetize that in all kinds of new ways ”
Peter WARMAN, CEO and Co-founder, NEWZOO

There are three types of perspectives in the gaming industry:

Covid-19 highlights social aspect of gaming : Gaming is much more than entertainment. For many, it is where they socialize, communicate and play. But “ it takes more than a year for big brands to move into this space. It shows how careful and shy companies are, and that it takes time for them to understand this space and define actions ”

Games that have known the bigger boost in terms of gaming or viewership during this Covid-19 crisis are the one that have a lot of social aspect. 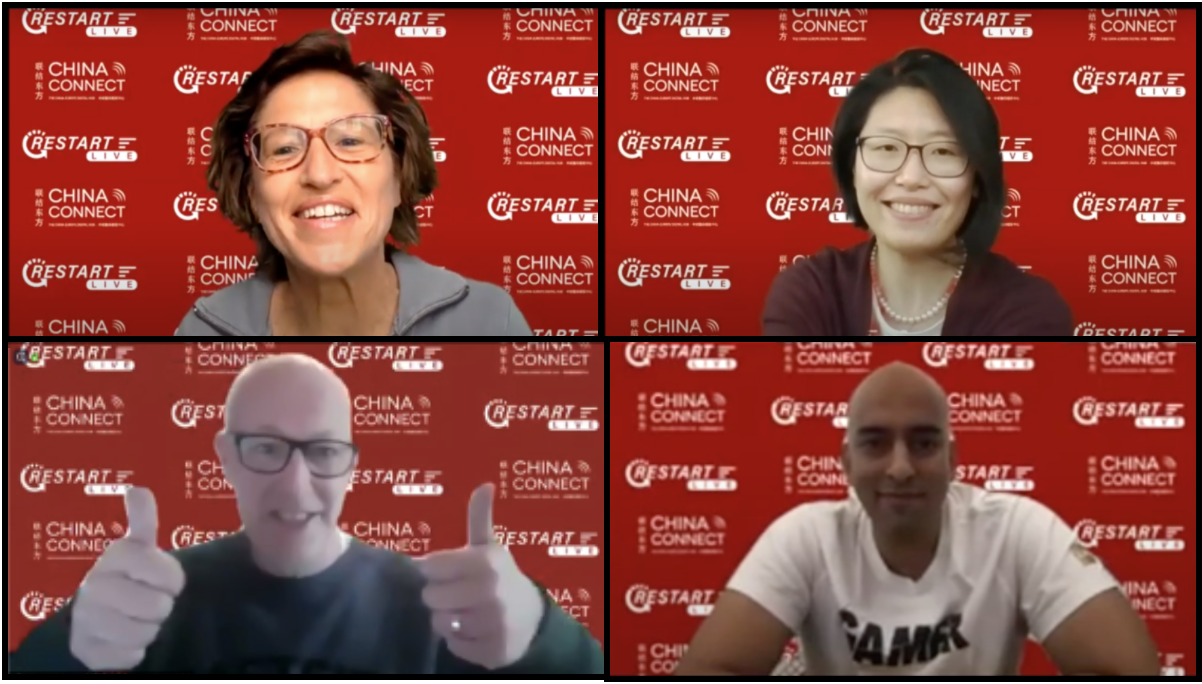 “ Even though China’s still kind of climbing up the hill, but the whole economic scale of the Esports market in China actually consists almost 50% of the global Esports revenue. ”
Melody LI, Director Corporate Partnership, LAGARDERE SPORTS (now SPORTFIVE)

The Gaming and esport ecosystem between APAC and the West is a broad topic that can be covered through 5 perspectives :

SKTelecom’s T1 esport and 4 other teams (G2 Esports, Fnatic, FunPlus Phoenix, Cloud9) has signed a partnership agreement with the BMW Group. This is the first sponsorship that BMW has signed with a Korean sports team. Adrian Staiti (Lagardere Sport APAC managing director) said: “BMW will get to enjoy exceptional levels of brand exposure while cultivating a brand preference among younger audiences through bespoke content creation and meaningful social engagement opportunities with T1 fans. At the same time, T1 will also gain access to world-class technology and design”

BMW’s connection with esports actually began long before this global 5-team partnership with the exclusive mandate of the sponsorship rights of the EU LCS.

” Lagardère Sports initiated and organized the FIFA20 esports friendly match between German club FC Augsburg and Chinese club Taizhou FC, one week before the return of the Bundesliga, to bring back the joy of football to all the fans ” which took place on May 9th.

“ My perspective of where the future lies with Esports not just as a competitive world, but also a lifestyle element which can draw more audiences around. ”
Ajay JILKA, Business Director, CULTURE GROUP

Culture Group a year ago, was the lead executive in forging the strategic partnership between NIKE Greater China and the League of Legends Esports Property (LPL), representing Riot Games and Tencent: the first venture from Nike on a League basis in Esports globally.
A partnership on Lifestyle apparel and footwear, including consumer facing products. NIKE will celebrate LPL teams the same way they do in other leading sports League like the NBA.
“ This is a non-traditional sponsorship akin to traditional stick&ball sports given the fact that Esports is inherently digital, so integration with in-game items also formed a major part together with unique content and storytelling around the athletes. ”

“ Globally, Esports requires leadership hence why you’re seeing greater structure around Federations with the appointment of very senior executives to the Global Esports Federation. This is the same when it comes to legitimizing esport as a sport, and the best way to do that is through partnering with a category leader like NIKE. Thus, it’s not a traditional sponsorship, rather a marriage of two globally iconic brands that together will create the future look and style of esports ”

There is a growing body of evidence supporting the relevance of these partnerships.

“ Brands need to understand that, if you are at the first stage of that process, navigating that ecosystem. There’s only a few people and organizations actually making money out of games. And those are the people that own the IP and develop the games themselves. (…) The developers themselves known as the IP don’t necessarily know how to work with brands and the brand don’t know how to navigate that ecosystem. So that why there’s a massive opportunity in the market. ”